Whilst research into competitive cycling and sports-related concussion (SRC) has developed over the past few years, understanding of competitive cyclists’ perceptions of helmet safety in relation to mitigating SRC is limited. Therefore, this study aimed to explore these perceptions along with cyclists’ attitudes towards seeking medical attention in the event of sustaining helmet damage.

Four hundred and five participants of mixed sex, age, abilities and cycling disciplines, completed an anonymous self-reported online survey, made up of ‘Yes’ or ‘No’, Likert scale and open-ended questions, to assess perception of bicycle helmets in relation to sports-related concussion. Inferential and descriptive statistics were used to analyze data. Chi-square tests of independence were conducted to assess the influence of sex, age, discipline, and ability level on frequency of survey response rates. Mann–Whitney U tests were conducted to assess between-sex differences for individual Likert scale responses, and Kruskal–Wallis tests were conducted to assess between-ability level differences for individual Likert scale responses. Post-hoc analyses were conducted using Tukey’s to examine where differences between groups occurred. Open-field data were analyzed using conventional content analysis (Hsieh & Shannon, 2005).

Whilst most respondents correctly reported a helmet can reduced the risk of skull fractures, 79.5% incorrectly reported that helmets do offer protection against concussion. There were no significant differences in knowledge of helmet safety between age, sex or ability levels (P > 0.05). However, there were significant differences between disciplines for knowledge of protection against concussion (χ2 = 30.681; P = 0.013), with BMX and Audax/Long Distance cyclists more likely to correctly report helmets do not prevent SRC.

Table 3 shows the responses to three scenarios relating to helmet damage. If the helmet was cracked, most respondents stated they would replace it with a new one (Agree = 15.3%, Strongly Agree = 80.7%). However, significant differences were revealed between disciplines with respect to a potential head injury following a crash resulting in a scuffed helmet (P = 0.001) and after a crash resulting in a cracked helmet (P = 0.013), with post-hoc pairwise comparisons (P < 0.05) finding Mountain Bike and BMX athletes were less likely to seek medical attention than in these scenarios than Cyclo-cross and triathlon/duathlon athletes.

“I would seek medical care for potential head injuries if I had been involved in a high impact crash, but my head (and helmet) did not contact the floor.”

“I would seek medical care for potential head injuries if I had been involved in a crash where my helmet had been scuffed but not cracked.”

“I would seek medical care for potential head injuries if I had been involved in a crash where my helmet had been cracked.”

While previous research has reported concussion knowledge amongst cyclists is generally comparable to that of other athletes (Hurst et al., 2019; Hardwicke and Hurst, 2020), our findings suggest there remains confusion around the effectiveness of cycling helmets to mitigate from SRC. Additionally, Mountain Bike and BMX riders reported to have a more cavalier attitude to seeking medical attention in the event of sustaining helmet damage. This may be linked to risk taking behaviours and the extreme nature of these events which has been previously reported (Clarke et al., 2019). However, BMX athletes also reported a disparity between understanding and action. Whilst they were more likely to correctly report that a helmet does not prevent SRC, they also reported refraining from seeking medical care following a suspected head injury in scenarios where this would be recommended.

Many cyclists still appear to be willing to put their health at risk despite sustaining helmet damage and potential SRC. However, this may be influenced by a false sense of security in a helmets’ ability to prevent such injuries. Therefore, we propose further work is still needed to educate riders on the effectiveness of helmets, and also further independent research is needed using clinical outcome data to ascertain the effectiveness of concussion mitigation technologies in helmets.

This study found that considerable numbers of competitive cyclists still believe cycling helmets protect against SRC and reported they would not, or were unsure, whether they would seek medical care if they scuffed or cracked a helmet. Therefore, further education regarding helmets effectiveness in SRC mitigation is required.

Acknowledgments: Thank you to all the respondents who took the time to complete the survey.

Conflicts of Interest: The authors declare no conflict of interest. However, the full manuscript of this abstract has been published in the International Journal of Environmental Research and Public Health (https://doi.org/10.3390/ijerph19052861).

This work is licensed under a Creative Commons Attribution-NonCommercial-NoDerivatives 4.0 International License.

Most read articles by the same author(s) 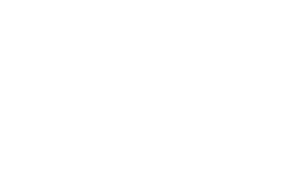